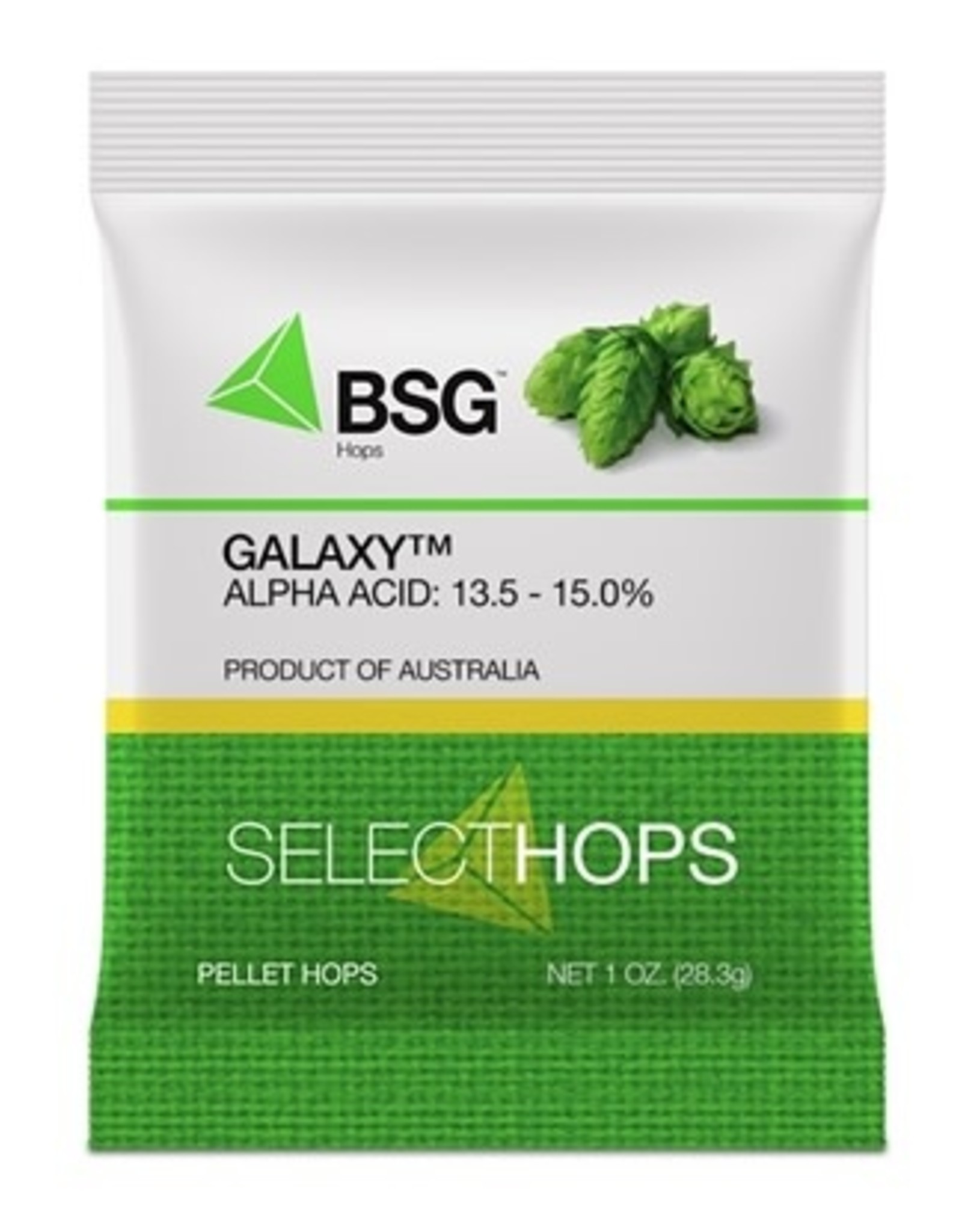 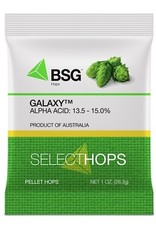 Breeding/Development: Australia. The preeminent Australian hop, Galaxy™ arose from breeding programs in the 1990s with ancestry that includes German Perle. It was released in 2009 and has seen very high demand ever since.

Brewing Application: Aroma and dry hop. Although it has adequate alpha content for bittering additions, Galaxy™ shines when used as an aroma and flavor hop - the later the better for flavor intensity. Its powerful tropical fruit character is at home as a feature in American pale and IPA, wheat beer, saison, and Brettanomyces-fermented beers.

To preserve freshness, all BSG HandCraft hops are packaged in nitrogen-flushed, oxygen- and light-barrier foil packages.