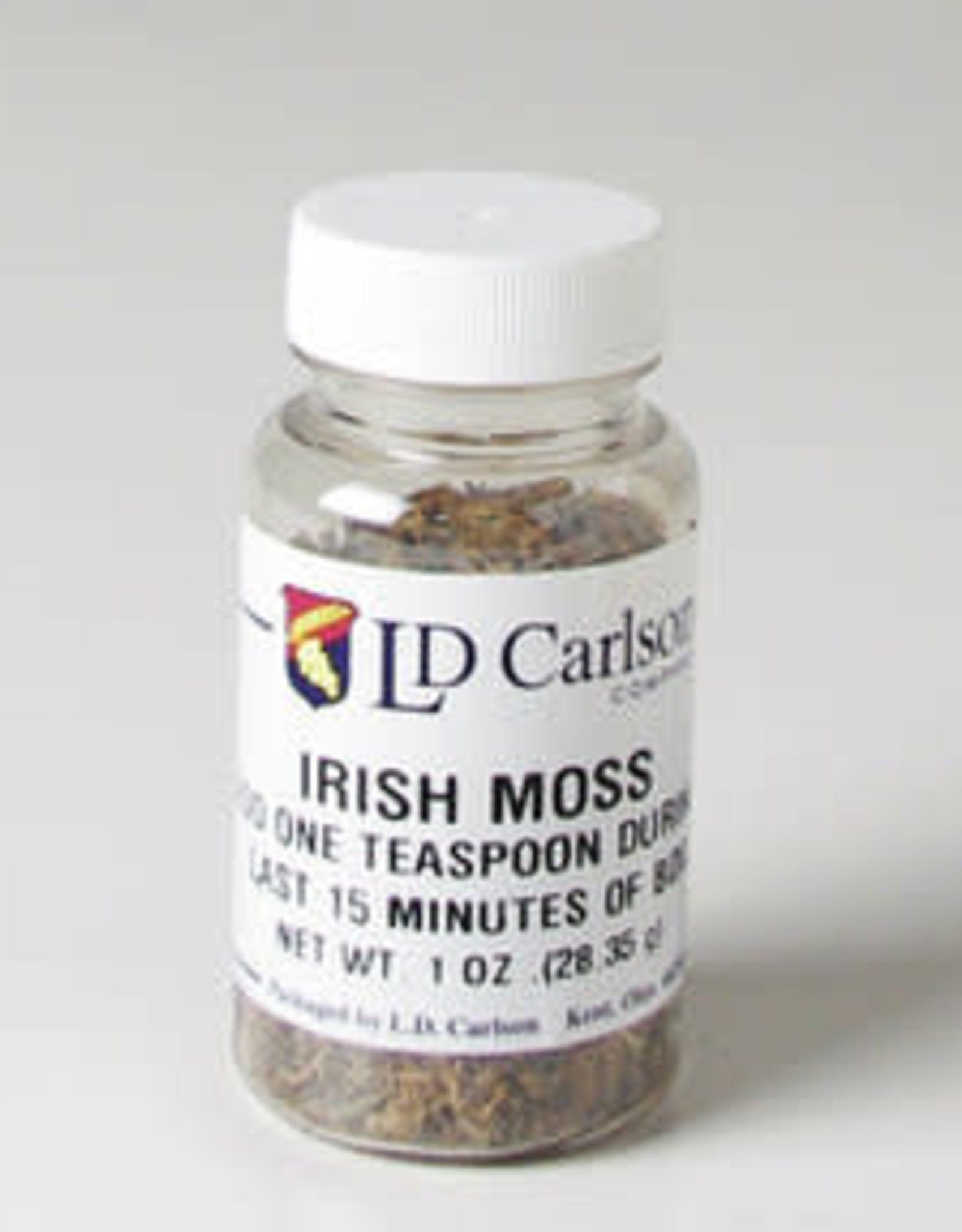 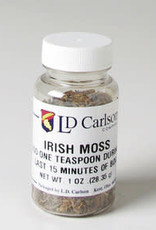 rish Moss is used in the last 5-15 minutes of the boil. Irish Moss helps clarify the beer by making smaller particles attach to each other. Bigger particles made by the Irish Moss then precipitate from your beer better and more quickly. We have also noticed that bottle conditioned beers that use Irish Moss have a more solid yeast cake. Having a more solid yeast cake in your bottle fermented beer equals to a clear poured beer.Irish Moss is a source of carrageenan, which is commonly used as a thickener and stabilizer in milk products such as ice cream and processed foods. The thickening properties are what give it its clarifying properties used in the production of beer. Irish Moss doesn't add any flavors. The suggested amount to use in a 5 gallon batch of beer is 1 tsp, but adding more will not adversely affect your beer or add any off tastes, within reason. Irish Moss is a great natural way to clarify your beer, reduce chill haze and do it in a natural time proven method, so add some to your shopping list and show off those clear beers.